The Batman teaser – Batman returns with a bang

Batman returns and it looks good, Robert Pattinson stars as the Batman in the October 2021 release, directed by Matt Reeves, a even darker interpretation of the Dark knight legend is in store for Fans.

Hollywood shuts down amid Corona Virus

Hollywood studios appear to be pushing back movie release dates to save themselves financially.

A number of studios are planning to release recent blockbusters early via online streaming due to the recent out break in hope of re couping any potential losses.

Batman has a new ride! 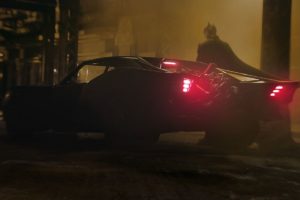 The new Batman Movie (The Batman) scheduled for release in 2021 and directed by Matt Reeves has revealed the look of the new batmobile, it will be interesting to see where this movie goes following the previous interpretation by Chris Nolan.

Sonic has biggest ever opening for a console game character.